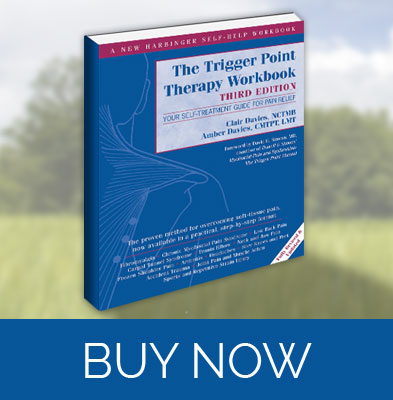 Janet Travell trained as a cardiologist and pharmacologist in a time when few women were accepted into medical school. A journey with her own shoulder pain led her to explore myofascial pain treatment with her heart patients in New York City. Among those who study myofascial pain, Janet Travell is generally recognized as the leading pioneer in diagnosis and treatment. It was not a solo performance, of course. True innovation is seldom the product of a single mind. It’s more often a matter of recombining bits and pieces of previous knowledge to solve a new problem. Dr. Travell read widely, looking for anything she could glean from the work of other people that might address her interests. She discovered that many researchers around the world were beginning to tentatively explore the strange phenomenon of referred pain from trigger areas in muscles. However, they all seemed to be working in isolation and largely unaware of one another’s thinking. With extraordinary tenacity and persistence, she devoted herself to bringing it all together.

At the time the first volume of her book, Myofascial Pain and Dysfunction: The Trigger Point Manual, went to press in 1983, she had been studying and treating trigger points and referred

pain for over forty years. She had already published more than forty articles about her research in medical journals, the first appearing in 1942. Her revolutionary concepts about pain have improved the lives of millions of people. The innovative clinical techniques for the treatment of myofascial pain used by physicians, physical therapists, and other health providers all over the world wouldn’t have existed without Dr. Travell’s dedication, energy, and intelligence.

Dr. Travell’s personal success with one particular patient had a far-reaching effect on history. Not many people remember that Janet Travell was the White House physician during the Kennedy and Johnson administrations. President Kennedy honored her with that position in gratitude for her treatment of the debilitating myofascial pain and other ailments that had threatened to prematurely end his political career. It’s a stunning example of how trigger point therapy can change someone’s life and destiny.

Although she was in her sixties at the end of her duties at the White House, Dr. Travell had no intention of retiring or even slowing down. She went on developing and teaching her methods with vigor and enthusiasm for the next thirty years. She was past eighty when the first volume of Myofascial Pain and Dysfunction: The Trigger Point Manual was published and past ninety when the second volume appeared. She refused to rush into print: she wanted to get it right.

On August 1, 1997, Janet Travell died at the age of ninety-five. She’s buried alongside her father, mother, and husband, John Powell, in the Albany Rural Cemetery outside Albany, New York. Her simple gravestone bears her married name, Janet Graeme Powell, with no indication of her professional name, her accomplishments, or her place in history. Perhaps her legacy is more fittingly inscribed in the minds and hearts of those to whom she brought enlightenment and respite from pain.

David Simons lends authority to the study of myofascial pain with his long experience as a research scientist. In his early career, Dr. Simons worked as an aerospace physician, developing improved methods of measuring physiological responses to the stress of weightlessness. He was part of the team of researchers who sent animals into space in advance of sending human beings. A fascinating sidelight to his career is the world altitude record for manned balloon flight he set in 1957 as a young Air Force flight surgeon. In point of fact, he beat Sputnik into space. He was the first human to confirm visually that Earth is indeed round. He was featured on the cover of Life magazine that year and subsequently wrote a book, Man High (1960), about his adventure.

David Simons first met Janet Travell in 1963, while she was still White House physician. She had traveled to the School of Aerospace Medicine at Brooks Air Force Base in San Antonio, Texas, to give a program about trigger points and myofascial pain. In 1965, Dr. Simons retired from the Air Force to become the director of research in what is now the Department of Veterans Affairs. That same year he began a long informal apprenticeship in pain medicine under the wing of Dr. Travell. A remarkable synergy developed between the two during the next two decades, culminating at last in the production of Myofascial Pain and Dysfunction: The Trigger Point Manual (1983, 1992, 1999), a testament to the transcendent power generated when two minds of uncommon intelligence work together.

Dr. Simons’s strict attention to detail and adherence to scientific method helped him bring rigorous objectivity to the documentation of myofascial pain. He was the driving force in getting the manual written, doing most of the actual writing himself, with Dr. Travell’s vast knowledge and experience as his primary resource.

David Simons died April 5, 2010, at the age of eighty-seven. He continued to be active in the field of myofascial pain until the end. He published articles, reviewed new research, and asked insightful questions of the countless clinicians and researchers all over the world who were studying and expanding the understanding of myofascial trigger points. The David G. Simons Academy in Winterthur, Switzerland, is one of several institutions in Europe instructing physicians and physical therapists about myofascial pain.